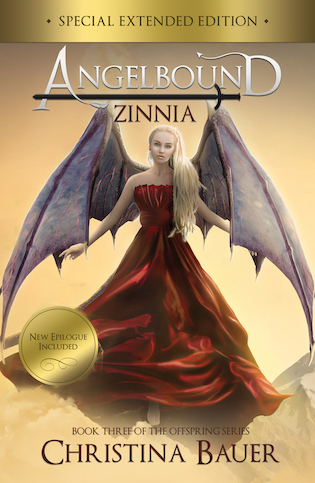 As the last dragon shifter, I live alone, hiding in one of Earth’s sacred deserts. My human handlers tell me that I have no parents, no name, and no purpose other than to train for battle and one day become a vessel for the reincarnation of Chimera, the greatest dragon shifter of all. Sadly, Chimera’s rebirth will mean my own death. But my handlers say this sacrifice is a noble fate that will rebuild the dragon shifter world.

I shall die on my seventeenth birthday. That’s five days from now.

Then I hear music thumping across the desert. I take my mortal form, follow the sound, and find humans dancing in what they call a rave. There is a stage and a rock band. One thing quickly becomes clear: Unlike the audience, the musicians are dragon shifters, just like me. And one of them, the guitar player Rhodes, makes my knees turn watery. The lead singer, Kaps, has something strangely familiar about her.

It all adds up to one conclusion: My handlers lied to me. I’m not the last of my kind. Memories reappear. I had parents once. Portia and Tempest. I even had a name. Zinnia. Perhaps I have a reason to live as well. I step past the dancing humans to confront the players.

I will find out the full truth, no matter what.

Genre: Another-World, Heart-Wrenching, Romance, Royal-Court, Supernatural, Suspense, Teen-- Zinnia is happiest when she gets to see her friend Rhodes and play music together, it seems like that is the only time her magic works as she wants it to. When a threat shows up to steal her twin, Zinnia risks it all and sacrificing herself. Her life is now one of slavery and upcoming death, her family forgotten through a spell- but one thing remains is that her will to be free and find out her truths has never failed her. Rhodes lost his best friend and possible mate when he was only 11, now his life is full of responsibility and expectations- that is until a concert in the desert changes everything. Anyone who knows me, knows of my love for all things Christina, be it her Angelbound Origins series, the Fairy Tales of the Magicorum series, or the Drift Dimension series. I have learned to expect fun, fast paced plots and great characters from a Bauer book and I have yet to be disappointed. When I was offered the opportunity to read her newest book, Zinnia, I was happy enough to do the Snoopy dance. I did not realize that this was the third book in the Angelbound Origins series (how can there be 2 previous books that I legit had no clue about??) and I was a little concerned that I was going to miss out of not having read the first two books. I would love to have read the first two Angelbound Offspring books but I am happy to report that this worked well enough without needing any explanation, having it's own conflict, characters and resolution. I think the best way to describe the story would be to call it an angsty Paranormal Romance, with some action thrown in for flavor. I thought the first like 35% of the story was really sad, which is basically unlike any other Bauer story that is predominantly snark, sarcasm and humor, but this one began with death, destruction, sorrow and a dash of abuse/imprisonment. Don't get me wrong, as always it was compelling, well written and with the best of characters- it was just sadder than I anticipated. I ended up speeding through the pages until the two main characters met and then I found myself slowing down, savoring each interaction up until the end. Hands down, Christina can write some of the best, fill you up with love, romances- and this was the perfect example of it. Move over Prince Lincoln, Rhodes needs his own spot in my heart. It is a given that I will happily gobble up anything this author wants to write because I know I am always going to get an engaging, completely unique read that I will not be able to put down. I need to now go back and read Maxon and Portia's books- and try to patiently wait until I can get Rhodes next book which sounds like it might end up being just as heartbreaking as I thought this one started out as. I highly recommend this book for anyone who likes music, romance, possible end of the world antics, heartbreak, magic and dragons! I reviewed a complimentary copy of this title.

Christina Bauer thinks that fantasy books are like bacon: they just make life better. All of which is why she writes romance novels that feature demons, dragons, wizards, witches, elves, elementals, and a bunch of random stuff that she brainstorms while riding the Boston T. Oh, and she includes lots of humor and kick-ass chicks, too.

Christina graduated from Syracuse University’s Newhouse School with BA’s in English along with Television, Radio, and Film Production. She lives in Newton, MA with her husband, son, and semi-insane golden retriever, Ruby.