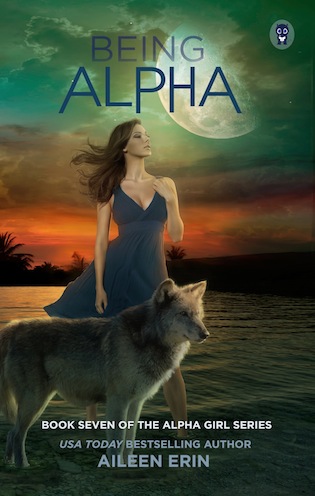 For the first time since Tessa met Dastien, life is quiet. The evil witch, Luciana, is six glorious feet under, St. Ailbe’s is closed due to human trespassers, and people are finally getting used to the fact that supernaturals exist in the world. It seems like the perfect time for a honeymoon.

After traveling to Dastien’s house in Provence, clubbing in Paris, and attending Meredith and Donovan’s Full Moon Ceremony in Ireland, Tessa and Dastien head to the Caribbean. Their trip is turning out to be the honeymoon that fantasies are made of-sunset cruises, long walks on the beach, and every romantic cliché you can imagine. Tessa couldn’t be happier. Except that Tessa’s visions are on the fritz. She hopes that means that nothing is brewing. That everything is quiet because all is well. But Tessa’s never been one to assume anything.

When she’s magically attacked and nearly dies, Tessa knows she can’t ignore the signs anymore. Something huge is going on. As much as she doesn’t want tocall an end to their six-week honeymoon, it’s time to head back to Texas.

Whoever messed with Tessa is in for a rude awakening. Because if there’s one thing fighting rogue witches and werewolves has taught her, it’s how to be Alpha.

Was some super scary demon after me? Yes. Was the supernatural world coming apart? Also, yes. Had Eli told me I was going to have to sacrifice something in order to get his help to stop the apocalypse? Again, yes. But at least I had friends to help figure out how to fix this whole shitshow that my life had turned into. Christ. Who was I kidding? This was a freaking disaster.

Tessa and Dastien are finally able to enjoy some alone time after all the crazy events of the last few months, but Tessa has an uneasy feeling. When she attempts to have a vision and all she sees is blackness, she knows something is wrong. After finally contacting friends back home, the couple learns that they are under attack from demons- and the worst of the bunch is coming for Tessa.

Werewolves are my top favorite type of book to read so when I first started this series 6 books ago I had high expectations- expectations that the Alpha Girl series completely lived up to. Not only do I get werewolf action with bonds, mates, and pack politics but I also get other kinds of supernaturals such as powerful witches, sneaky Fey and some unknowns thrown into the mix (I am looking at you Samantha!). Each book has been filled with the action, mystery, supernatural and soul-melting romance that I have come to crave- and Being Alpha was no different. I loved each pages of the story and was so anxious for the characters that I have grown to love- I was not willing to sacrifice any of them for the greater good. My favorite part of Tessa is her ability to roll with the punches. Seriously, this girl takes a hit and gets right back up, ready to take on the world if need be. No surprise (of the nasty and terrifying kind) make her quit or breakdown. To put it in perspective, she may have been a teeny tiny bit dead... twice, within the first few chapters of the book, yet she still had the ability to worry over others, to plan how to take down an evil demon, smash the old pack hierarchy, and then show her mate some affection. If any one is suppose to be Alpha, it is Tessa. Sniff sniff, Tessa and I have come so far together, from the angsty lonely odd girl to this powerful, capable woman. Yep, it is official, I love Tessa. It also doesn't hurt that the relationship between her and Dastien is so freaking sweet, I just want to squeeze them both and never let go (in a non-creepy way).

I wasn’t sure my goals were that lofty. “I just want to live.” “And beyond that?” I shrugged. “Honestly, I’ve been living a little day to day since I got bitten. I’m just trying to keep up with everything.” It was weird how I’d gotten accustomed to living crisis to crisis.

This installment was 100% non-stop action, right from the first couple of pages up until the end. I love that Aileen can grab hold of my attention and make me lose focus on anything that is not her words, until I end up blowing through the pages until it is over. But it is also kind of bittersweet because I am never quite ready to say goodbye to this scrappy gang when I reach the end. The Alpha Girl world Aileen created is so full of magic, wonder and the best of characters that I can't wait to see what lies in store next because I know I will enjoy it. ​ I am voluntarily reviewing an advance, complimentary copy of this book.