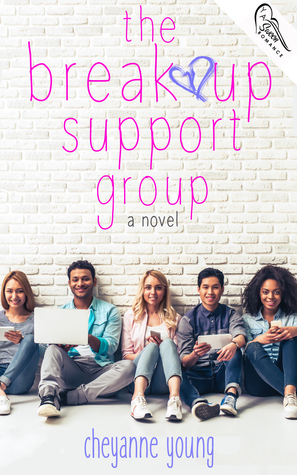 Book Blurb: After four years of first love bliss, Isla Rush just got dumped. Any hope she has of winning her ex-boyfriend back is shattered when the town rezones her neighborhood, forcing her to spend senior year at a wealthy high school in the next town over. With a broken heart consuming her soul, Isla can’t focus on anything, except maybe Emory Underwood—a ridiculously hot guy who dates a new girl almost every day. She can’t help but crush on him, even though it’s wrong. When memories of her ex make her cry in second period, the school counselor sends Isla to a club that meets during lunch. The Break-Up Support Group is a collection of broken-hearted misfits who are all helping each other heal. Just when Isla’s heart is finally on the mend, Emory shows up, forced to atone for all the broken hearts he’s caused over the years. While hiding her massive crush, she helps him understand the seriousness of breaking a heart. In turn, Emory offers to help Isla get back on the dating scene by agreeing to be her fake date for the homecoming dance. Isla gladly accepts the ruse, because if anyone can make her into a desirable girlfriend, Emory can! There's just one small problem. Isla's little crush on Emory might be exactly full blown. And a homecoming fake date with him could push her over the edge to possibly uttering the "L Word!" Isla can't afford another heartbreak so soon after the last one. She will have to resist his charms, refuse to look into those dreamy eyes, and above all else, not make the mistake of letting him kiss her. If only she hadn't let her guard down at the end of the night, under the light of her porch in a toe-curling kiss moment of weakness. And now, after months of Break-Up Support Group therapy, and with a heart fully on the mend, Isla has just handed it over to a guy who knows full well just how to break it.
You can find out more about the book at Goodreads
You can buy The Breakup Support Group here:
- Amazon
- Barnes & Noble
My Review: 3.5 Out Of 5 Stars

Genre: Romance, Teen-- Isla Rush could not be happier- she has the love of Nate, her boyfriend of 4 years, her popularity and her senior year all planned out. But then something unexpected happens and her school has been rezoned, sending Isla to a completely different high school away from the nice, safe world she knows. To make matters worse, Nate dumps her because it is easier than dating someone who goes to a different school. Isla’s world has come crashing down- leading her to the broken-hearted support club…and Emory.

I was so incredibly uncomfortable for Isla while reading the first half of the book. This girl needed an intervention, hard! The fact she texted Nate daily regardless of his lack of response made me want to grab her phone and hide it. They way she begged him not to break up with her at the party made me leery, but then her response to his request made me cheer and hope she would power through… Unfortunately, she had desperation and despair down to an art and I was very afraid that she would never come back ​ to herself​- thank goodness for her new friends! It was so easy to see that Isla was not really a person when the story started, but kind of a shell that was created to please her ridiculous boyfriend Nate- seriously, all her activities were either to make him stuff or support his football team (even her “friends” were conditional on Nate). As someone who spent all 4 years of high school with the same person, I understand how easy it would be to fall into the role of “girlfriend” instead of an individual. I will admit that I was a little disappointed that she didn’t find new hobbies or learn more about herself throughout the book away from her safe Nate world, it just kind of seemed that she pretty much just went to school, did homework and had support club. I know this is a teen romance, but it would have been great if she had stayed single for a while longer (or actually all the book) and she and Emory could have just been good friends that helped the other grow, but alas that is not how romances go. I was a little confused how she was heart-broken over Nate yet still really wanted Emory- it seemed too fast for the level of upset she was experiencing. I enjoyed Emory as a character, completely himself all the time, upfront about what he wanted, even if girls didn’t believe him. And his actions at the end of the book were pretty swoony and heroic (even though I would have preferred she saved herself ​-or not been in that situation to begin with​!). I did really like that Emory and she became friends before any sort of romance occurred (on his part), actually getting to know and like the other person with no expectations (or special snowflake ideas). I think that it helped that she was herself with him, not trying to impress, no special outfit, makeup or actions to really let him get to know who she was. Speaking of great friend relationships, I loved the support group kids and the dynamic between them all- once they were introduced I could not put the book down! Here is a group of strangers that came together to heal and help others heal and they were better, more supportive friends than any of the kids she knew for years. I think this misfit group of kids was the best thing to happen to Isla- she needed to be shaken out of her complacency and experience life.

As a side note, this book should come with a warning label that it may cause uncontrollable pizza cravings! At every lunch meeting of the support group they ate pizza (with delicious description included!) and I had to order a pizza by the time I was finished with this book, the urge could not be fought. If you don't like pizza... well, then you may need to consult with a medical professional to get to the bottom of that issue (hehe, teasing -to each their own). Overall I found this to be a cute fast read, perfect for a rainy day when you need a​ cute, light​ pick-me-up!​ ​ I received this title for reviewing purposes.​ 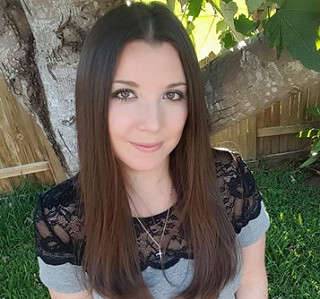 About the Author:
Cheyanne Young is a native Texan with a fear of cold weather and a coffee addiction that probably needs an intervention. She loves books, sarcasm, and collecting nail polish. After nearly a decade of working in engineering, Cheyanne now writes books for young adults and is the author of the City of Legends Trilogy. She doesn’t miss a cubicle one bit.

Cheyanne lives near the beach with her daughter and husband, one spoiled rotten puppy, and a cat that is most likely plotting to take over the world.