Blog Blitz & Giveaway: There be Demons by M. K. Theodoratus

This is my stop during the book blitz for There be Demons by M. K. Theodoratus. This book blitz is organized by Lola's Blog Tours. The book blitz runs from 1 till 14 December. See the tour schedule here. 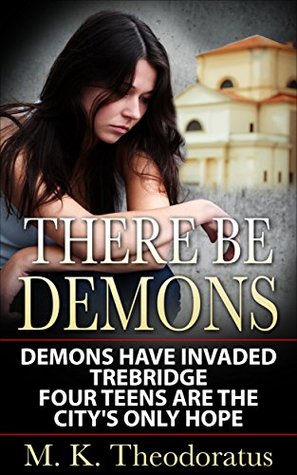 Blurb:
Heroes come in all shapes.

The war for Andor has lasted a century. Humans and their allies, the Angeli, fight demons from another plane who need a warmer planet to hatch and raise their young. Trebridge becomes Ground zero when Abraxas, a minion of the demon Prince Vetis, opens a secret portal into the city. The demons’ goal is to build an army to subjugate the city before the humans realize they are under attack.

Standing in the demons’ way are two disparate groups: the humans of Andor and their Angeli allies who command gargoyle warriors.

Leading the four gargoyles guarding Trebridge is Gillen, a proven war hero who uses magic to fight demons. But Gillen is an outcast, mocked for his tuft of hair that normal gargoyles lack. It’s up to him to prove once and for all that he’s worthy of his command, in spite of dissention in his ranks. When Gillen asks the Angeli Commanders for reinforcements to fight the growing demon menace in Trebridge, headquarters send four human teens from the projects.

The leader of the humans is Britt, a 14-year-old half-Hispanic girl who is one of the four magic-possessing Chosen. But Britt was never trained in the art of magic, and like most girls her age, spends her days preoccupied with school and romance. Like Gillen, she must rise above her station in life–if she is to save the ones she loves.

But Gillen and Britt are facing formidable demon foes, Abraxas: a chicken-headed demon who possesses several humans as part of his plan to build the demons’ base in Trebridge and power-hungry Prince Vetis who is his commander. Neither will let the deaths of expendable humans get in their way of the conquest.

In There Be Demons, author M.K. Theodoratus spins a brilliant tale of good versus evil. In this thrilling Young Adult fantasy novel, unlikely heroes rise to challenge a relentless enemy. Join them as they risk everything to save their city.

You can find There be Demons on Goodreads

You can buy There be Demons here:
- Amazon
- Barnes & Noble
- Kobo
- Overdrive 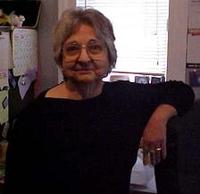 About the Author:
Fantasy has always been part of M. K. Theodoratus’ life, starting when she starting playing with an imaginary friend when she was three. Comics, books, TV, and movies followed throughout her life. A northern California girl, many of her Andor alternative-world stories are firmly rooted there. Today, she lives in Northern Colorado with her husband and two lap-cats, and writes when she’s not wasting time on social media.

Giveaway
There is a tour wide giveaway for the book blitz of There be Demons. One winner will win a $25 Amazon Gift card.


For a chance to win, enter the rafflecopter below:
a Rafflecopter giveaway