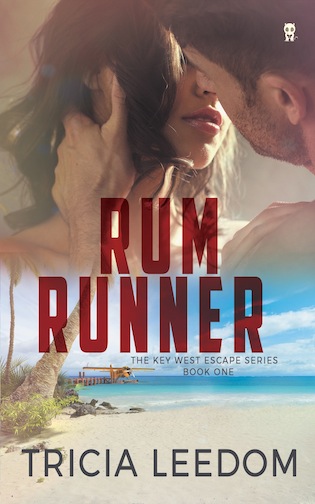 Perfect for fans of Susan Elizabeth Phillips and Janet Evanovich, this action-packed debut from a fresh voice in contemporary romance offers a sexy and comedic take on love, adventure, and what it means to trust your heart.

English socialite Sophie Davies-Stone has been longing to meet her father since she was a little girl. When he sends her a mysterious medallion and asks her to forward it to him in Miami, she can’t help herself from doing something totally un-Sophie-like. Rather than mailing it as instructed, Sophie hops on a flight to Florida.

But the family reunion never happens. Instead, Sophie is attacked and almost kidnapped by her father’s enemies. Her savior is Jimmy Panama, a cocky and annoyingly handsome former Navy SEAL. Sophie isn’t the only one who’s annoyed. After years of trying to find a way to pay back his CO, Jimmy never thought his debt would get him mixed up with his commander’s uptight, British daughter. He just wants toput her on the next flight home and get back to his low-stress life in Key West, but fate has other plans.

As Sophie and Jimmy embark on a heart-pounding adventure through Key West and the Caribbean, Sophie finds herself falling for the snarky American. Still, her head says Jimmy is all wrong for her, and the more she finds out about him – and her father –the more uncertain she is about who she can trust.

One thing is clear. Sophie is in way over her head, and her greatest adventure might be her last.

5 Out Of 5 Stars Genre: Mystery, Romance, Suspense-- Sophie has always wanted to meet her father, the mysterious man who her mother despises that occasionally sends her letters. When he sends her a family heirloom to keep safe, she feels honored. When her father asks her to send the medallion back to him at a hotel in Florida, Sophie jumps at the chance to meet him instead. But what she finds instead is a different man in her father's place and a whole lot of unexpected danger. Former Navy SEAL Jimmy is just trying to do a simple favor for a friend, retrieving a package and then going about his business. He never expected the uptight woman claiming to be his friend's daughter or the fact people are after her. His simple favor just became a lot more complicated.

This was exactly what I needed, without even knowing it. I had thought the synopsis sounded fun when I first heard of the book, but I had no real expectations when I started reading. Well, Tricia Leedom was able to deliver the perfect blend of action, suspense and romance and I never wanted it to end. I have already added the next book in the series, Bahama Mama, to my wishlist as soon as I finished this story (but alas, I have to wait until January 2018 to get my hands on the next book, sigh!) The plot was non-stop action, with one dangerous scenario or hysterical encounter (or a hot stolen moment) after another, and the characters were so fleshed out they had depths that made me feel like I knew and they were real. I blew through this book in one sitting because I did not want to put it down. I was reading some other reviews on the book and it was compared to the Stephanie Plum series which I can kind of see plot-wise since the crazy antics all around the characters and one thing after another stands in the way of the goal, but I felt like this book had more heart to it. The book is narrated by Sophie, Jimmy and sporadically by April (a teenager not involved in the Sophie action but plays a big role in this world which I can't wait to learn more about her). I heart romance books with the narration alternating between both character involved because that way the reader gets both sides of the story and I am nosy and love knowing things! I will be honest and say that I was not impressed with Sophie at the start of the book, and I fully expected her to stay the uptight "Duchess" Jimmy aptly named her. I was pleasantly pleased that she turned into such a Rockstar, able to hold her own in dangerous situations as well as play a seductress for pretend and for real, which I never would have seen coming. I ended up loving Sophie and all that she was, as well as her ability to look at the big picture and make the smart choices at the end. She was well-rounded enough to show girl-power, yet the desire for a partner and to be a part of a team.

Jimmy I loved from the start, but at times questioned his ethics and secrecy. The story starts off with him attempting to rescue an oversexed teen from a out of shape wannabe ninja while making small talk with an uptight lady who refuses to make things easy on him...Sets an interesting scene, right? Jimmy felt his past misdeeds weighing him down and that he would never again be worthwhile, yet everything he did (mostly) was with the best of intentions and a heaping of integrity. Jimmy (or should we call him Aquaman?) was exactly how a hero should be- capable, yet willing to accept help and be fully reasonable if needed and incredibly perceptive (oh and did I mention incredibly rugged and attractive??). I would take a side of Jimmy if he was on the menu...just saying... I love books with a complete cast of characters, not just the main one (or two), and Tricia provided that. There were sooo many different personalities playing a role in this book that I can't wait to return to this world to catch up with some of my favorite side characters, and maybe have some be main next. We have the seemingly crazy treasure seeking Hippie dad, the crotchety un-grandmotherly grandmother, the former country singer turned bookstore owner, the competent Bar-manager mother hen, the strong and silent younger brother, the complicated April who brought up so many more questions, the jealous tiny ex-girlfriend... just to name a few. The best part was they may have each only been on a scene or two, but they were fully fleshed out people and they played such a big role in the flow of the story. I fully enjoyed the author's writing style and the people she brought to life.

For the most part, the mystery aspect of this story wrapped up, so this could be a standalone book no problem. But there are so many characters that were involved in this book that I would love to read more and the whole April and Albatross discovery warrants more follow-up. So to be fair, the Sophie-Jimmy romance adventure resolved (very happily, if I do say so myself) but the few small(ish) loose ends will keep me thinking until I can get my hands on the next book. As a side note, the romance was just about perfect for me too, where you know what is happening and it's was quite steamy, but not overly descriptive or prolonged, which is just the way I like it (it didn't feel awkward or make me want to skip through it like the over the top romances do). This book snuck up on me and I really enjoyed my experience. This is perfect for anyone who wants an adventure with a side of romance. I received this title in return for my honest review.

TRICIA LEEDOM enjoys traveling to exotic destinations and having torrid love affairs with hot, dangerous men... even if it's only in her own mind. When she's not writing romantic adventure novels, she reads voraciously, tweets compulsively, and fangirls over a TV show based on her favorite book series. Tricia earned her BA in Creative Writing from The University of Tampa and her MFA in Writing Popular Fiction from Seton Hill University. Her favorite authors include Diana Gabaldon, J.R. Ward, Susan Elizabeth Phillips, Karen Robards, and Johanna Lindsey. She lives in Southwest Florida with two very spoiled dogs. Follow Tricia on Twitter and Instagram @tricialeedom