Today is the cover reveal for Fated Hope by Sariah Skye. This cover reveal is organized by Lola's Blog Tours. The cover is designed by Deranged Doctor Design. 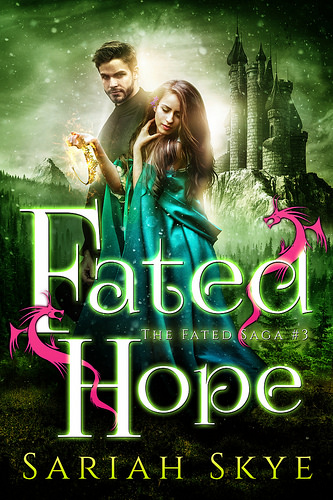 Blurb:
Leorah James grew up in Anarach—a kingdom of dragon-shifters—friendless, and considered useless, with no magic. All because of age-old ideas, and fear towards what they didn’t understand.

Now, she’s back in Anarach, in a position she never thought possible: a queen, bonded to the gorgeous Maxxus, with extraordinary magic; ruling over the kingdomthat once shunned her very existence. Now, Leorah and Maxxus have to bring the kingdoms together to try and strengthen everyone against the mysterious foe up against them.

The very thing that set her apart from her kingdom could be the very thing to save them all, if only they quell their fear and let her.

Some might consider Leorah a hero, given everything she’s been through and everything that stands before her. But, is she heroic enough to give everyone hope?

Earlier books in this series: 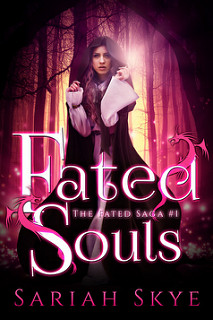 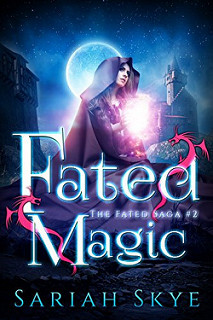 About the Author:
Sariah Skye physically resides in southern Minnesota with her husband, two kids and a dog, but mentally her head is in the clouds dreaming of anything that doesn't require "adulting".
When not writing she's probably geeking out watching Star Trek or Doctor Who, playing World of Warcraft, reading and/or staying up way too late. She'd love itif you dropped her a line at Facebook or Twitter but be prepared...she's a nictofiliac so be patient for a response while her eyes adjust to the light of day and beware of sarcasm. It helps to throw her chocolate or glitter first before engaging. Wine is also acceptable...but not to throw. Hand it over gently.

Giveaway
There is a cover reveal wide giveaway for the cover reveal of Fated Hope. These are the prizes you can win:
- e-copies of Fated Souls and Fated Magic by Sariah Skye (International)
- a $10 Amazon Gift card