Blog Tour & Giveaway: This Is for Tonight by Jessica Patrick 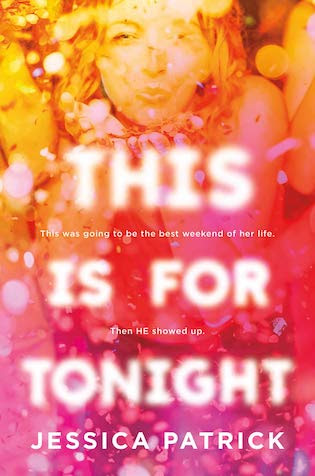 When Andi attends a music festival with one goal in mind – capture an interview with a famous band so she can pay for college – she gets more than she bargained for in this YA novel about family ties and finding your own way.

Andi Kennedy needs to make money for college, and fast. But her little YouTube crafting channel, while fun, isn’t exactly a money maker. So she’s heading to the world-famous Cabazon Valley Music and Arts Festival with a goal – film a video that will launch her channel into popularity and turn it into a legit money making venture, even if it means selling out her creative vision.

Instead, she finds obnoxious Jay Bankar, the annoyingly hot host of a popular prank channel who is the actual worst. Andi hates everything Jay stands for, which makes the undeniable connection she feels with him really freaking inconvenient. Soon she finds herself competing with Jay for an interview with the festival’s headlining band, which could be the key to turning her little channel directly into college tuition. But she’s starting to discover that there is more to Jay than his jerky on-screen persona, and she has to decide what’s more important – winning, or giving a second chance to a guy who couldn’t be more wrong for her.

Genre: Romance, Teen-- Andi dreads the anniversary of the death of her father, and to make it worse, it seems like something bad happens that day every year on top of the emotional sadness. When her twin brother Jordan gets tickets to their father's favorite music festival that happens to fall on the dreaded day, Andi looks forward to creating new positive memories. What she never expected when heading to the festival was how intense her 3 day weekend would be and all the truths she would discover about herself along the way. Overall I found this to be a fun, lighthearted, fast paced read that was easy to read and the perfect weekend escapism- it really felt like I was transported to a hot, sticky, gritty and perfectly wonderful outdoor music festival, it was all felt so real due to the level of details. The story took place basically over three days during a music festival, making the story more intense since it was such a short time frame. This was the perfect read for anyone who loves all things in the music experience, family issues, teen romance, going on an adventure to find yourself, social media and the world involving influencers and hashtags, the joy of crafting, standing up to bullies, and everything outdoor summer festivals. This Is For Tonight was a solid read nd I can't wait for what is next from this author. 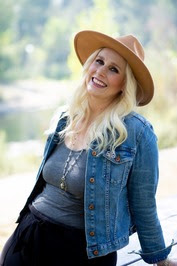 JESSICA PATRICK runs a high school library by day, writes YA romance by night, and pets as many dogs as possible in between. She lives in Southern California with her cute family and she has an MFA from Spalding University, an annual passport to Disneyland, and about 75 tabs open on her internet browser. She is the author of This is for Tonight.