This is my stop during the book blitz for Rogue by S.A. Stephenson. This book blitz is organized by Lola's Blog Tours. The book blitz runs from 13 till 19 November. See the tour schedule here. 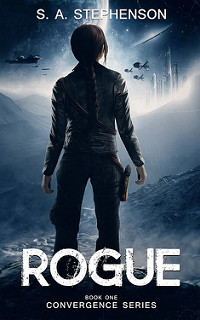 Blurb:
As a rogue government official orders an alien attack on the Empire of America, two women must uncover the government's dark truth and unravel the weave of lives that have spanned decades. They'll learn why alien-human hybrids were created, and will need to master their own alien powers in order to survive.
--
Genetic testing on humans began during the Cold War, when ancient alien DNA was discovered in the artic. As super soldiers were created during the war, Americans soon began to create the first wave of alien-human-hybrids in preparation for the day when the aliens would strike.

Nearly a century on, the world has been broken by an extra-terrestrial war and Kit Valletta is a human-mutant trying to survive in one of the only free zones left in the Empire. But the President wants her dead and is going to stop at nothing until all the mutants Kit freed are back in her control.

When Kit meets Evie Fox, one of the President's scientists, who's broken free ofthe wire, the two begin their fight for freedom and justice as the alien attack hits Empire soil. Together, both women will need to accept the secrets they've been trying to hide and decide if they're the ones who are powerful enough to save the Empire from the President's dictatorship regime and alien invasion.

You can find Rogue on Goodreads

You can buy Rogue on Amazon 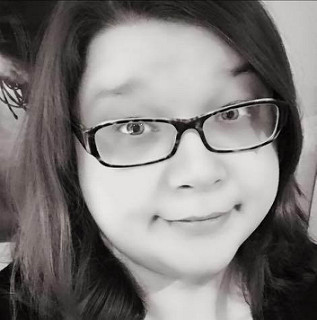 About the Author:
S.A. Stephenson is a sci-fi author, blogger and editor. She writes LGBTQ+ stories about kickass women and can be found hanging out at writing events in Auckland. She's originally from the UK but now calls New Zealand home.